The primary motive for any trader, investor or speculator is to make trading as profitable as possible. Primarily two techniques, fundamental analysis and technical analysis, are employed for making buy, sell or hold decisions. The technique of fundamental analysis is believed to be ideal for investments involving a longer time period. It is more research based; it studies demand-supply situations, economic policies, and financials as decision-making criteria.

Technical analysis is commonly used by traders, as it is appropriate for short term judgment in the markets--namely, deciding a quick buy and sell, entry and exit points, etc. It is pictorial; it analyzes the past price patterns, trends and volume to construct charts in order to determine future movement. These techniques can be used for trading all asset classes ranging from stocks to commodities. In this article, we will concentrate on commodities, which include things like cocoa, coffee, copper, corn, cotton, crude oil, feeder cattle, gold, heating oil, live cattle, lumber, natural gas, oats, orange juice, platinum, pork bellies, rough rice, silver, soybeans, sugar, etc.

The most popular indicators for commodity trading fall under the category of momentum indicators, which follow the trusted adage for all traders, “buy low and sell high.” These momentum indicators are further split into oscillators and trend following indicators. Traders need to first identify the market i.e. whether the market is trending or ranging before applying any of these indicators. This is important because the trend following indicators do not perform well in a ranging market; similarly, oscillators tend to be misleading in a trending market.

Let’s take a look at some of these indicators which are considered well suited for commodity trading. 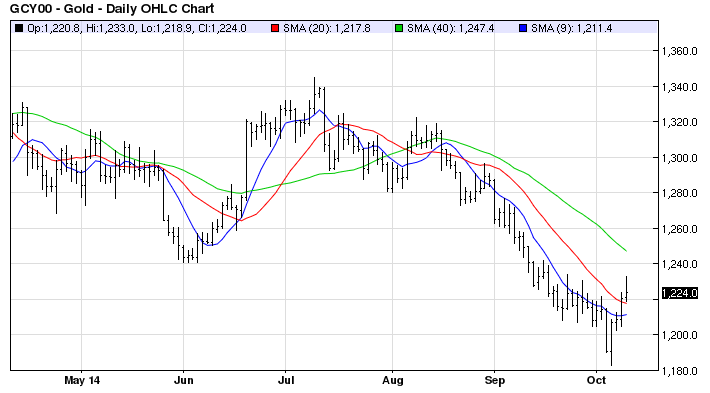 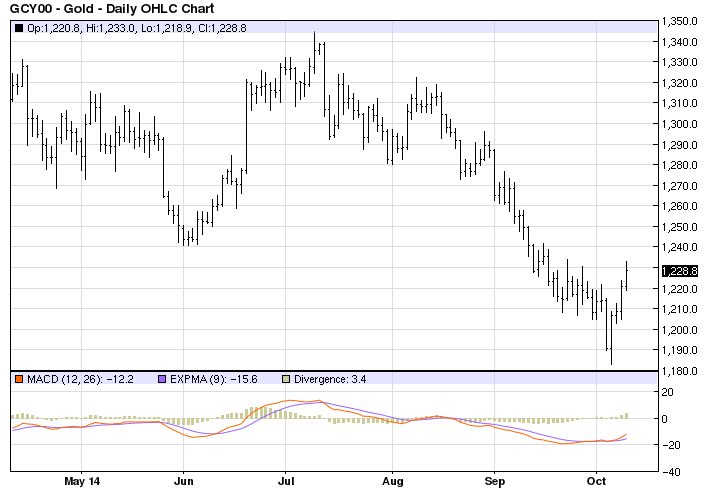 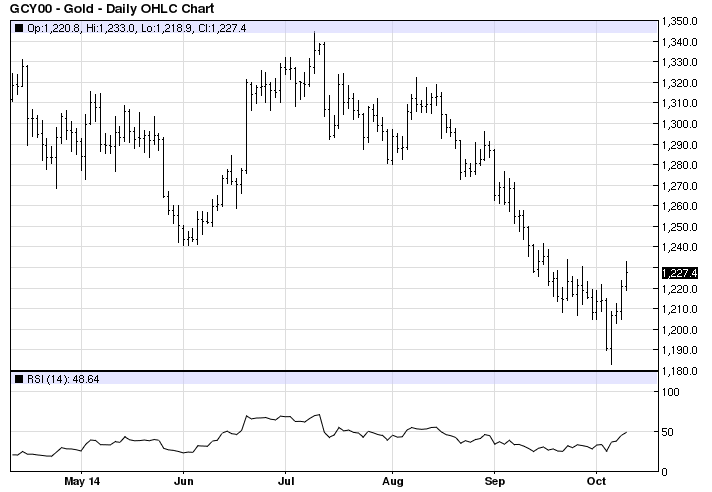 The popular ways to use RSI is to look for divergence and failure swings in addition to overbought and oversold signals. Divergence occurs in situations where the asset is making a new high while RSI fails to move beyond its previous high, this signals an impending reversal. Further if the RSI turns down to below its previous (recent) low, a confirmation to the impending reversal is given by the failure swing. To get more accurate results, be aware of a trending market or ranging market since RSI divergence is not good enough indicator in case of a trending market. RSI is very useful especially when used complementary to other indicators. 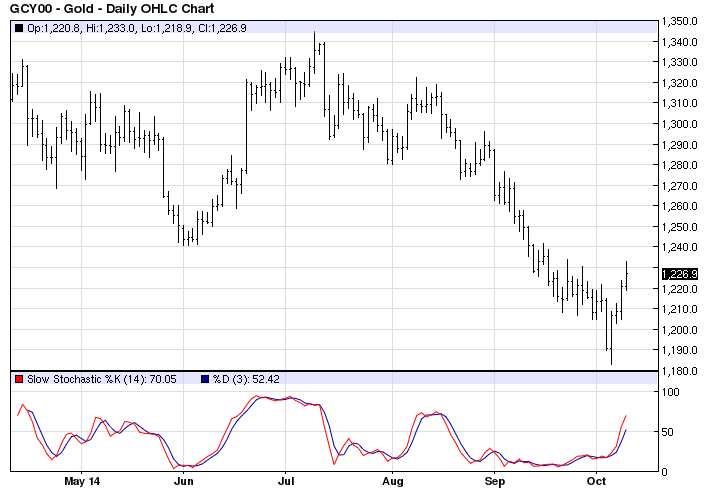 A chart with %K and %D is known as Slow Stochastic. The stochastic indicator is one of the good indicators which can be clubbed best with the RSI among others. 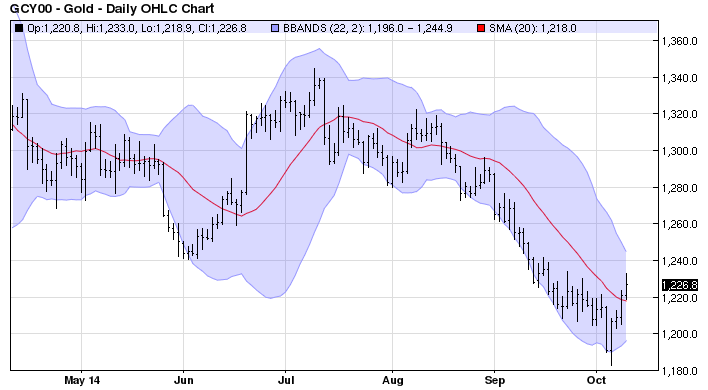 Bollinger Bands® are helpful to traders to detect the turning points in a range bound market; buying when the price drops and hits the lower band and selling when price rises to touch the upper band. However, as the markets enter trending, the indicator starts giving false signals especially if the price moves away from the range it was trading. Among other uses, they are considered apt for low frequency trend following.

There are many other technical indicators which are available to traders and picking the right ones is crucial. Make sure  of their suitability to the market conditions; the trend-following indicators are apt for trending markets while oscillators fit well in a ranging market conditions. Applying them in the opposite way can result in misleading and false signals resulting in losses. For those who are new to using technical analysis, start with simple and easy to apply indicators.

No comments made yet. Be the first to submit a comment

By accepting you will be accessing a service provided by a third-party external to https://www.indoforex.info/

HIGH RISK - ATTENTION : Forex imply an elevate level of risk which might be not suitable for all investors. Leverage generate further exposition and loss risks. Before to take decision of trading forex, consider carefully yours investment objectives, expertise level and propensity to risk. Past performance is not indicative of future results. Your starting investment might be lost partially or totally. Don’t invest money you cannot afford to lose.
DISCLAIMER : Pages contained in this web site in any case constitute neither financial counsel service nor solicitation to public saving. Nothing contained in this web site constitute solicitation, offer or recommendation to purchase or sell any investment or to commit in any transaction. Nothing contained in this web site constitute solicitation to investment, fund raising or management for third party. Opinions, article, analysis report, operational report and other documents realized from INDOFOREX.INFO which have to do with market speculation, are dedicated to sustain our individual trading and in any case to represent, solicitation, advice or invest invitation. The web site has just a guise of sharing, cultural and expertise. Although the indication quoted are provided with a mere informative scope, we refuse all responsibility, charged to web site Administrator, for possible negative consequences which should come from an operational funded on their observance.

The Basics of Using Stop Losses
Forex Academy
One of the trickiest concepts in forex trading is the management of stop orders. As the name indicates, a stop-loss order is an order that closes out your trading position when your losses on that tra...
564860 hits
Read More

Basic Forex Risk Management
Forex Academy
Forex risk management can make the difference between your survival or sudden death with forex trading. You can have the best trading system in the world and still fail without proper risk management....
545081 hits
Read More

The Top Technical Indicators For Commodities Investing
Forex Academy
The primary motive for any trader, investor or speculator is to make trading as profitable as possible. Primarily two techniques, fundamental analysis and technical analysis, are employed for making b...
551442 hits
Read More